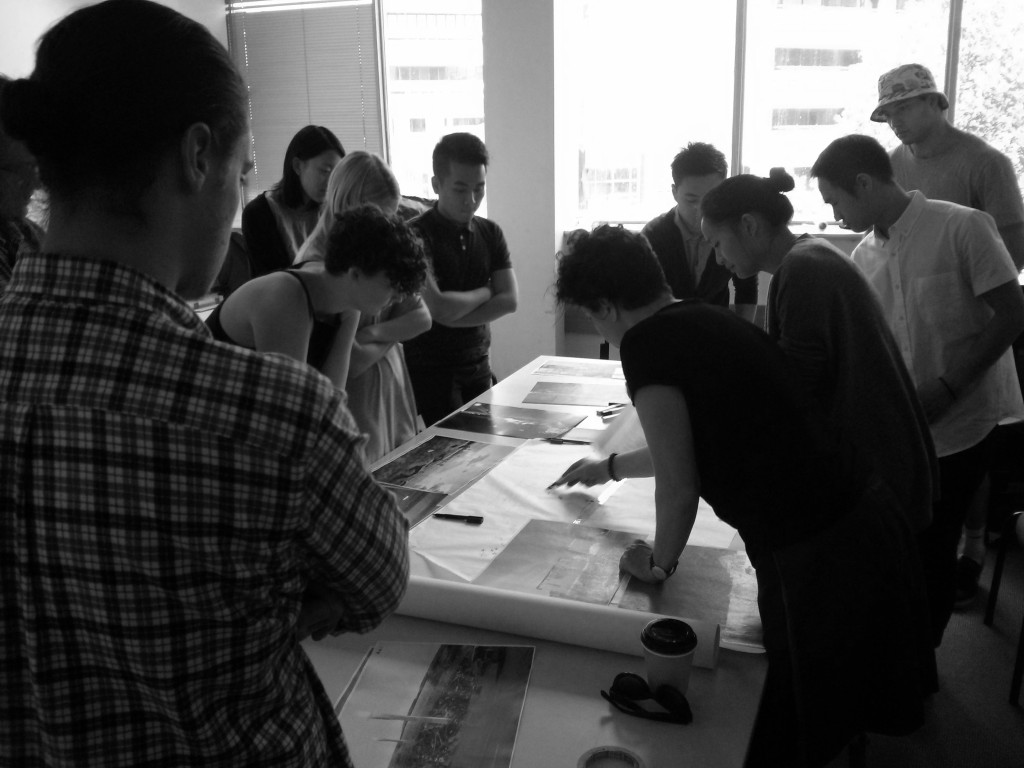 Maud Cassaignau guides the development of the initial transect scenario 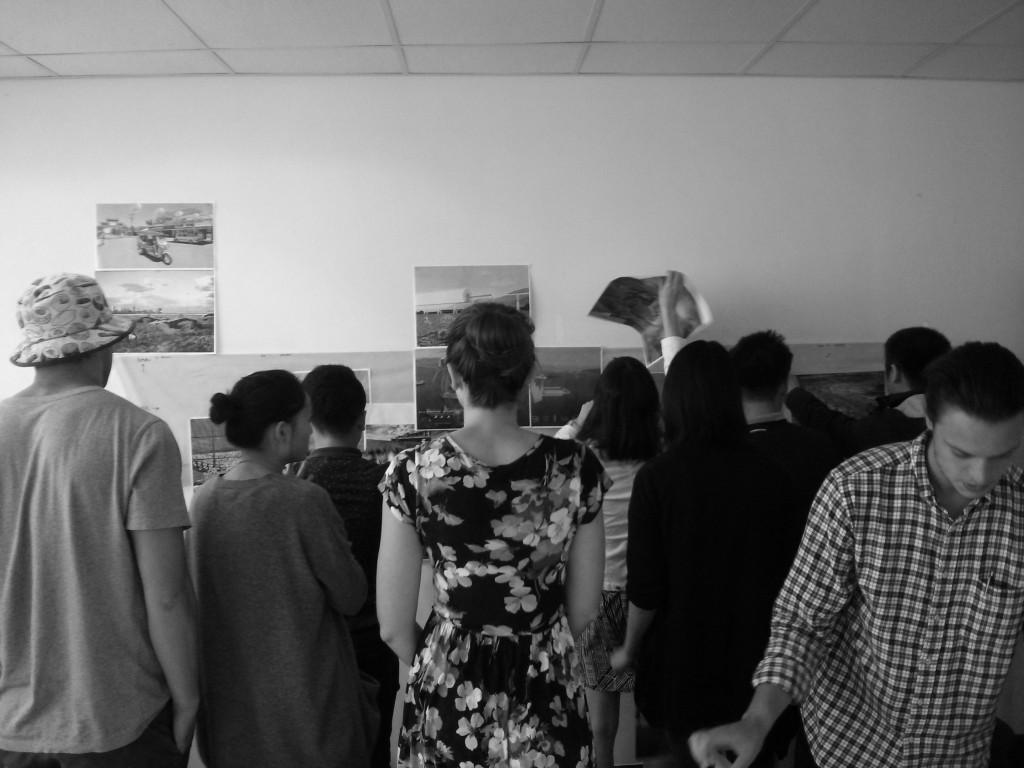 Elements of the shared timeline are negotiated 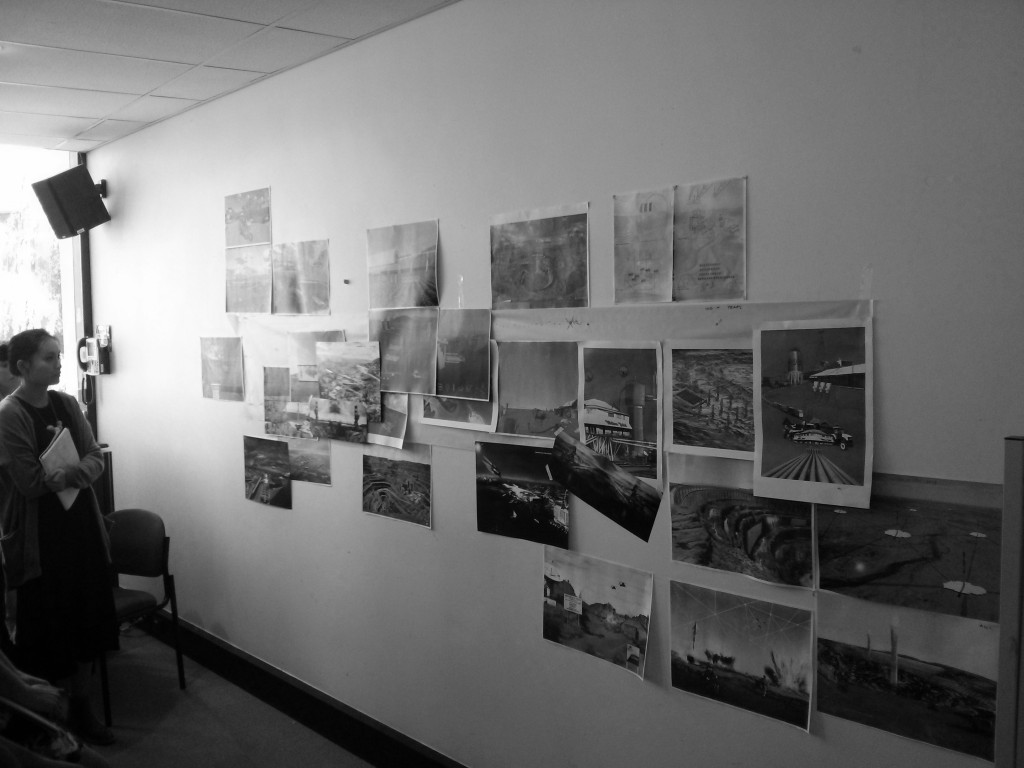 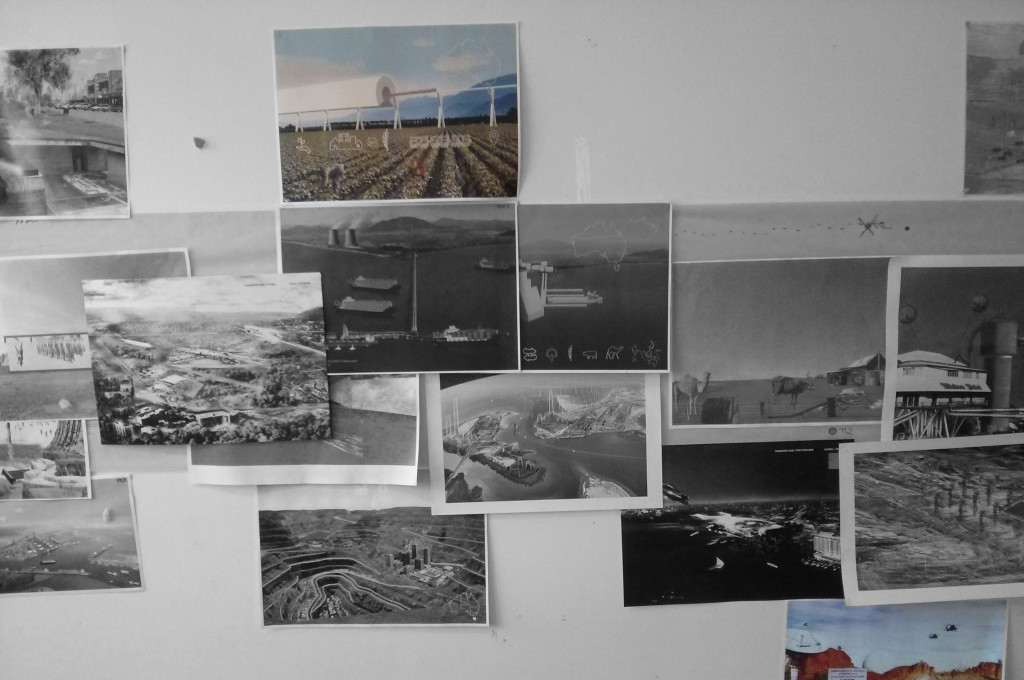 A future pathway is assembled from multiple visions

The future scenario emerged from collaborative research and speculation among the MADA students, guided by the team leaders. Individual visions for particular sites, spaces, and times were produced, and workshopped into a coherent time-line. A similar practice was employed in negotiating the line of the overall transect – structuring staging and locations of projects both spatially and temporally.The transect map, for example, evolved through innumerable trace and paper iterations, as well as shared spatial data-sets. Ideas were embedded, discarded, re purposed, and re-appropriated.Nevertheless, the end goal was not to build a true model of a future, but to set up a space for transformative explorations of the Australian hinterland. These are less the declarative scenarios and plans of RAND – of the might-yet-be prognostications of the postwar – than they are the site for discussion, examination, and negotiation. As Renata Tyszczuk observes;

“Scenario making should not be about presenting completed or even persuasive pieces of work but instead about encouraging the possible paths that could lead beyond the scenarios. The essential instability of a scenario has the potential to open up an interstitial territory – a space of deliberation or rehearsal ground for concerns to be voiced and acted on.”

These Scenario-Stories have agency – and can unwrap or unpack these potential terrains. They are transformative – and in the framework of architecture and urbanism they suggest potential ‘other ways of doing architecture.’ These scenarios are needed to avoid recapitulating the known – needed to design in extremis.